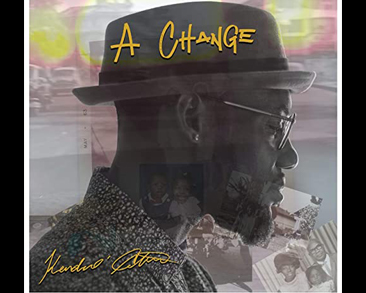 The single “A Change” performed by Kendre Streeter which focuses on Police brutality and racial profiling features him playing the role of a White Cop. This extraordinary music video has its moments in which it creates absolute controversy and provokes relevant conversation to today’s situation.

Keith “DJ Proper” Jordan a New York native who resides in Los Angeles, California received major heat when he played the role of an officer pulling over innocent African Americans. Some of his peers thought the subject of unarmed minorities being killed in police custody exuberated by the George Floyd incident cultivated a negative narrative. The role was not to cause friction within the African American community or a blanket indictment of law enforcement, but the bring a light to the hidden truths of wanting equity for everybody at table. DJ Proper, advocating for the youth felt an obligation to bring light to this tough issue about injustice because of their race and ethnicity.

The music video was to educate about corruption in Local and Federal Law Enforcement agencies not being held accountable about these cases. DJ Proper stated after filming “The racial profiling and
unchecked police brutality has to stop now, so we can equitably move forward together as a society. This music video was a testament to understanding the situation’s been happening. It’s important this issue must be acknowledged and taken serious by state legislators. Only when the agencies that are tasked to protect us start to have transparency and holding their peer’s criminal behavior accountable then can we find justice. We also can’t demonize all law enforcement officers, there are many good public servants that honor their oath and serve their community faithfully “
The fight for these issues was the reasons he created Equality Radio to discuss the problems that we have going on around us in society today. Creating a dialogue of analysis of the factual evidence and truth is important to this project. A Change video emulates these important relevant topics that incite tough conversations and promote trying to find a solution with equitable justice for everybody.

PODCAST EQUALITY RADIO WITH DJ PROPER ASK THE QUESTIONS THAT NEEDS TO ...